Hospitality may offer the opportunity to reframe the magazine experience, which has partly been lost in the digital world. It provides a clear physical touchpoint between the magazine and consumer.

Prompted by the recent announcement of ELLE Hospitality, in her first opinion piece, our 2022 summer intern Libby Hudson unpicks the new phenomenon of media brands extending their print and digital mastheads into hospitality.

For more than quarter of a century, upscale and luxury hotel groups have been promoting custom published magazines for their guests and loyalty programmes. French luxury publisher Assouline, for example, has made an art form of producing high-end coffee table magazines and books in collaboration with branded partners. Now it appears that the tide has turned with news that ELLE, the leading fashion magazine owned by the Lagardère Group, is to enter the hotel business with the launch of ELLE Hospitality. A recent release announces that the French lifestyle title will open its first boutique hotel under the Maison ELLE brand in Paris in the autumn of 2022. Magazine publishers, it appears, are keen to make a their move from news stand to nightstand.

A notable feature of the proposed plan is ELLE’s partnership with Studio V, a hospitality specialist that will run the hotels and provide the expertise needed to operate successfully. This mirrors the approach taken by Bulgari Hotels & Resorts through its joint venture partnership with The Ritz-Carlton brand of Marriott International.

Evidently, ELLE is not the first brand from outside the hospitality industry to open hotels. Versace was the first well-known name to venture into the market after launching the stunning Palazzo Versace on the Gold Coast in Australia in 2000: its aim to translate the Versace brand into a lifestyle experience. Here, guests are invited to immerse themselves in opulent surroundings that mirror Versace’s flamboyant clothing designs. Other brands including Armani, Baccarat, Fendi and Missoni have followed suit by developing hotels where guests are fully absorbed in the brands’ luxury lifestyle.

So, why has a magazine masthead now decided to dip its toes into the world of hospitality? One factor is the rise of the internet, which has changed the way we consume magazine content. Subscriptions to digital magazines have increased significantly in recent years, a shift that has only been accelerated by the pandemic. Publishers are having to adapt quickly to retain readers and advertisers while figuring out how to diversify as they seek to safeguard their economic futures.

Hospitality may offer the opportunity to reframe the magazine experience, which has partly been lost in the digital world. It provides a clear physical touchpoint between the magazine and consumer. The hospitality sector also appears to hold many opportunities. According to the Hospitality Global Market Report 2022, notwithstanding the pandemic, the sector is continuing to flourish with profits set to reach $4.5 billion in 2022.

ELLE’s motivation for moving into the hospitality sector may be clear, but it is not yet certain whether the venture will pay off. Unlike luxury good labels such as Armani, Baccarat and Bulgari, a magazine cannot so easily claim that a hotel is a natural extension of a specific product offering or brand identity.

Conversely, the leap from store to suites simply isn’t as fanciful as from page to porte cochère. Further, fashion brands such as Armani possess an iconic designer, a long heritage and back catalogue as well as many lines of tangible product that imply a certain style and experience of hospitality that a magazine does not.

A good magazine discusses and advertises products and services made by others; it is the curator not the creator. Its role is to celebrate and comment on the vision of others rather than to produce its own. It is therefore difficult to imagine a magazine being able to present its own values and identity clearly enough to inspire consumers who are looking for a unique hotel experience.

Magazines – even in their digital incarnations – are not inherently experiential and immersive, but ELLE must find a way to appeal to consumers who are increasingly seeking experiences over material items. A recent Eventbrite study showed that 78% of millennials would choose to spend money on an enriching experience over purchasing a desirable item.

Despite these challenges, magazines like ELLE do possess certain advantages.

For instance, mainstream press and media are likely to be perceived as trustworthy sources of information and inspiration. That said, there remains a critical creative distinction between the editor and the auteur.

The stated pillars of ELLE Hospitality are to celebrate women, design and craftsmanship, qualities it is planning to project by employing local female designers. Will this be enough, however, to inspire potential guests when the interior design of a hotel is only but one element of its value? Of equal or even greater importance are the programming and service that make your stay at one hotel different and better than at another. Perhaps having a workforce of only women would be a more meaningful way to convey ELLE’s feminist values rather than merely focusing on design?

In short, ELLE seems to be taking a high risk approach to brand extension. I wonder if ELLE Hospitality may have missed a trick by not choosing to learn about the experience economy by starting to build its brand away from the newsstand gradually; commencing for example with an easier service-based setting like a café. In this regard, ELLE could perhaps have looked to the example set by Monocle, which has taken a more tentative approach to its own brand extension. Recognising that creating an experience from its brand should be undertaken prudently step-by-step, Monocle has tested the hospitality waters with its Monocle Shops and Café in cities including London, Zurich and Los Angeles and Tokyo.

In its turn, ELLE Hospitality could have focused on harnessing the power of ELLE’s community of one million loyal subscribers by running a series of online and in-person events where like-minded creatives and readers could share ideas and opinions. This would provide a lower entry physical touchpoint that would also bring the magazine to life, without making the bold move of opening a hotel.

It will be interesting to see how much impact the ELLE name will have on the success of the hotel or whether it will appear as a gimmick that people brush past because of a lack of real substance behind the concept. From the announcement, it looks as if these hotels risk being little more than a standard boutique property labelled ‘ELLE’. Where is the backstory and sparkle that a brand-owned hotel needs and deserves?

Let’s watch this space as the concept evolves because if done correctly, hotels, or other hospitality businesses, could enable consumers to see the world through a magazine’s lens, creating a wondrous sense of connection and escapism. 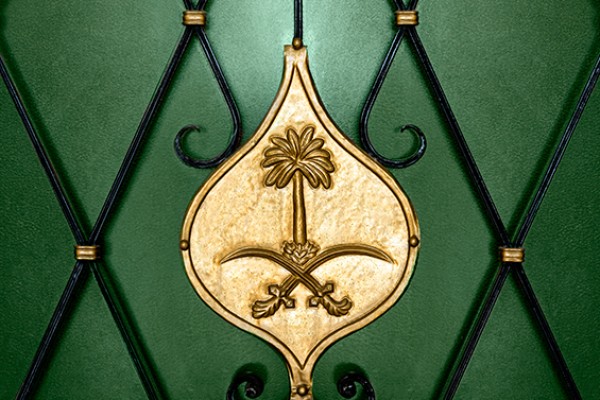 In the world of luxury personalisation, the relationship between technology and craftsmanship is changing. Does…